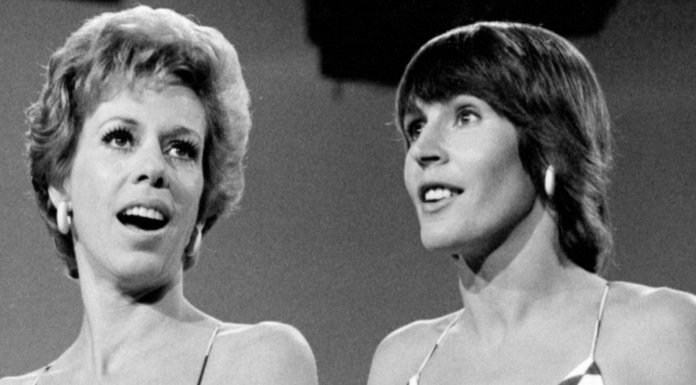 “I would like to thank God, because she makes everything possible.” – Helen Reddy

CNN – Helen Reddy, singer of the 70’s feminist anthem “I Am Woman,” died Tuesday, according to a statement on her Facebook fan page. She was 78.

“I Am Woman” was released in 1971, but didn’t make it to No. 1 on the Billboard Hot 100 until December of the next year. Then, in 1973 Reddy won her first GRAMMY for the song, according to the Recording Academy GRAMMY Awards website.

“I would like to thank God, because she makes everything possible,” Reddy said in her short acceptance speech. She would go on to be nominated for another GRAMMY in 1976.

“Our hearts are broken,” the statement from her children said. “But we take comfort in the knowledge that her voice will live on forever.” Read more.

The crooners had similar career trajectories, including earning their first #1 hits (“I Am Woman” for Reddy, “Baby Don’t Get Hooked on Me” for Davis) in 1972 before branching out into acting.

Reddy twice appeared on his “The Mac Davis Show” series, in 1974 and 1975, during one visit singing his song “I Believe in Music.”

No cause was specified, though Reddy had battled dementia since 2015 and had been residing at the Motion Picture Retirement Home in L.A.

Reddy was born October 25, 1941, in Melbourne, Australia, to a show-biz family. By 4, she’d made her stage debut, and in 1966 won a TV talent contest that promised her — falsely — an NYC singing career. She eventually debuted in her adopted homeland with her cover of “I Don’t Know How to Love Him” (1971) from “Jesus Christ Superstar,” a song she came to dislike but that earned her a long-term Capitol Records deal.

Country singer-songwriter Mac Davis underwent heart surgery Monday that was reported by Billboard to have left him in grave condition.

Born January 21, 1942, in Lubbock, Texas, Davis moved to Atlanta after finishing high school, where he co-founded a rock band called the Zots and worked for Vee Jay Records.

His way into entertainment was as a songwriter, first for Nancy Sinatra’s company Boots Enterprises, Inc., which led to Elvis Presley covering his song “In the Ghetto” (1969). Presley would also cover his “A Little Less Conversation,” a minor hit in the King’s lifetime, but a massive, remixed hit many years after Presley’s death … Read more.