A few weeks ago, Caleb, a 13-year-old kid from Los Angeles, reached out to me with some questions regarding my artificial nose project that was featured in MAKE: Magazine last year.

I quickly learned that as part of his 8th grade science project, he had spent several months researching the topic of fungal pneumonia. He focused more specifically on how to detect it more easily since most methods employed today are very costly, and often quite invasive.

His research led him to several studies that indicate how changes in volatile organic compound concentrations in our breath can be correlated to some “metabolic or (patho-)physiological processes in [our] whole body”.

I had a chance to read Caleb’s paper and it is nothing short of mind blowing. Thanks to his thorough methodology and outstanding ingenuity, he invented an AI-powered “breathalyzer” that can detect the markers of fungal pneumonia in someone’s breath.

“Fungal pneumonia can be caused by either endemic or opportunistic fungi or a combination of both. Case mortality can be as high as 90% in immunocompromised patients.” – Wikipedia 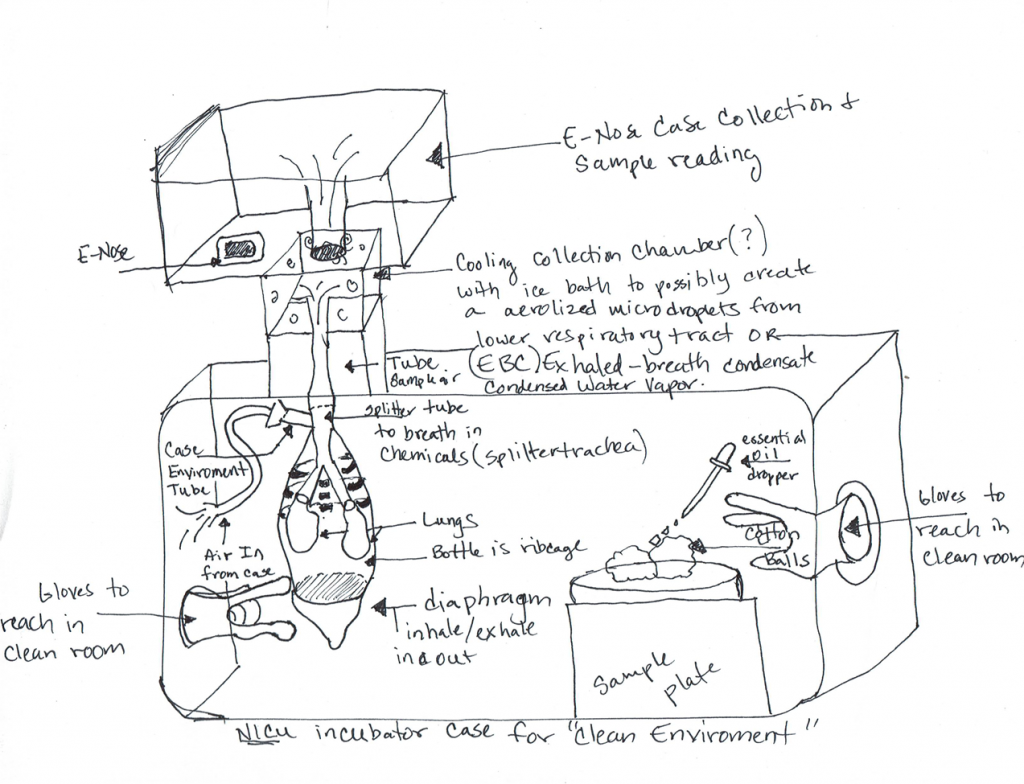 Prototype of the E-Nose and cleanroom

Caleb has leveraged my project in ways I couldn’t have imagined when I started hacking around the idea of using AI and gas sensors to build an artificial nose.He even used the IoT aspect of it to enable remote diagnostic scenarios using Azure IoT Central!

I was recently lucky enough to be invited by my colleagues Ayşegül and Beatriz to be on Microsoft’s AI Show, and this was a perfect excuse for Caleb to join us and tell us more about his journey.

There are many memorable quotes from him in the 1½ hour he spent with us on the show, but my favorite has to be:

“No door is ever closed. You can do anything! I am a thirteen-year-old kid, and I can do this—if I can do it, anyone can!” – Caleb K., 8th grade student about his science project.

Obviously, I highly recommend you catch up on the recording!

Benjamin Cabé is a technology enthusiast with a passion for empowering developers to build innovative solutions. A long-time open source advocate, he co-founded Eclipse IoT in 2011 and is currently working at Microsoft on Azure IoT.