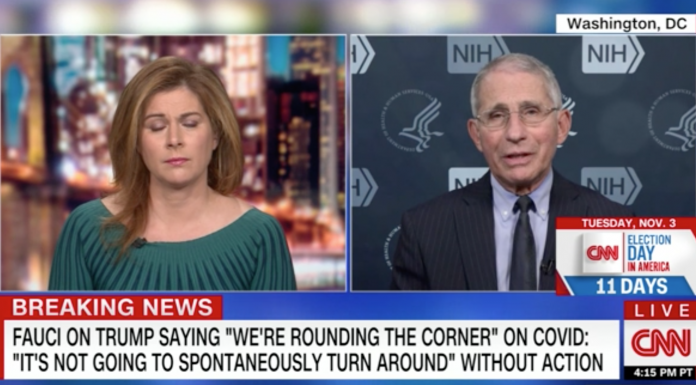 CNN Business – After air travel broke a pandemic record on Wednesday, the TSA says it screened 846,520 people at airports nationwide on Thursday.

The Christmas Eve figure does not signal the end of the holiday travel rush, but rather a lull before people who left town for the Friday holiday begin coming home.

TSA numbers show that in the last week, 7,189,521 people were screened at TSA checkpoints.

Christmas Eve follows six straight days of US air travel numbers near or more than a million passengers.

The number of people who flew on Christmas Eve is a third of the same day a year ago when more than 2.5 million people flew.

The depressed travel numbers forced US airlines to lay off tens of thousands of employees in the fall.

But executives from United (UAL) and American Airlines (AAL) announced plans Tuesday to bring back thousands of their furloughed workers … Click source below to read more.

AXIOS – Dr. Anthony Fauci has long cited 60% to 70% as the level of COVID infection/vaccination the country would need to achieve herd immunity — for the disease to fade and life to return to normal, writes the New York Times’ Donald G. McNeil Jr.

“In a telephone interview, Fauci acknowledged that he had slowly but deliberately been moving the goalposts.”

“He is doing so, he said, partly based on new science, and partly on his gut feeling that the country is finally ready to hear what he really thinks.”

“When polls said only about half of all Americans would take a vaccine, I was saying herd immunity would take 70 to 75 percent … Then, when newer surveys said 60 percent or more would take it, I thought, “I can nudge this up a bit,” so I went to 80, 85.

“We need to have some humility here …. We really don’t know what the real number is. I think the real range is somewhere between 70 to 90 percent. But, I’m not going to say 90 percent.”