PLUS: 3 Reasons Why Your Use of the Word “Retarded” Makes YOU Look Stupid

Speaking at an event in New Hampshire, Harris responded to an audience member who had asked her what she planned to do to “diminish the mentally retarded” things Trump does.

During a rally, a voter referred to Trump’s actions as “mentally retarded”, prompting @KamalaHarris to laugh and say, “well said, well said.”
I hate amplifying content I know the right will seize on and twist for their own hypocritical gain, but this hurts my heart. #CripTheVote

“I plan to win this election, I’ll tell you that,” Harris added.

But after facing a wave of backlash online, Harris backtracked and said the audience member’s language was “incredibly offensive.”

The 2020 candidate told @CHueyBurns the term is “incredibly offensive” and said in 2019 you would think “people would have a much better understanding of how hurtful a term like that can be.” 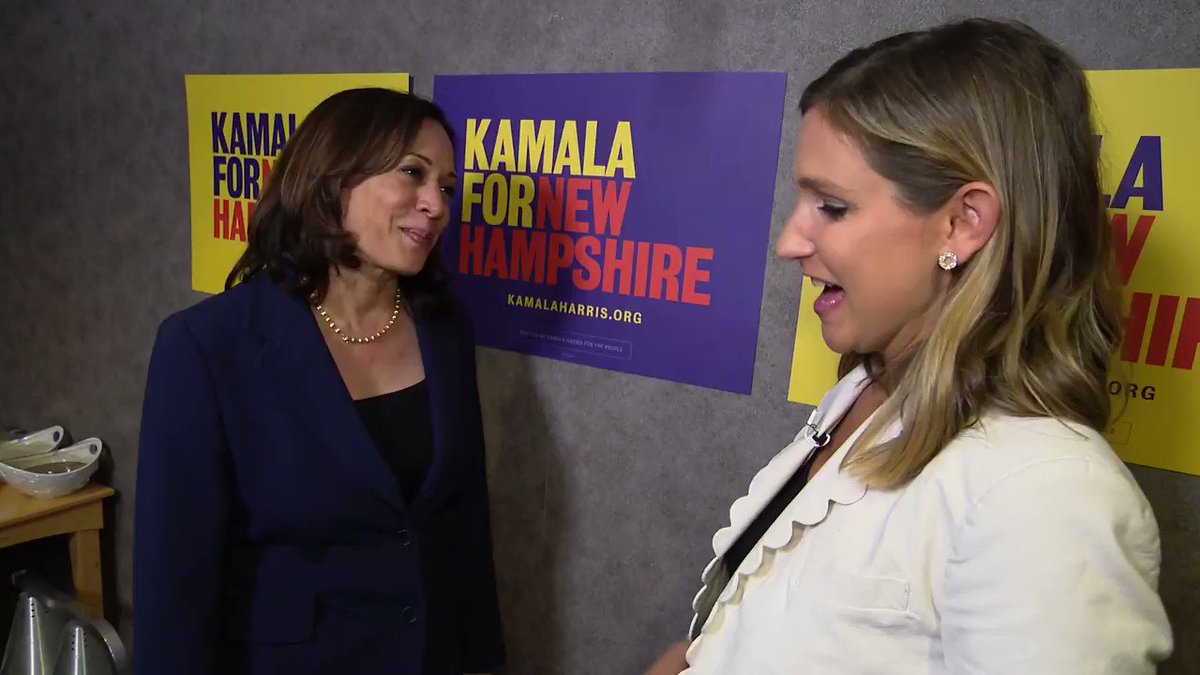 “You would think that in the year 2019, people would have a much better understanding of how hurtful a term like that can be, but also the history behind it,” she told CBS News, “which is a history of really ignoring the needs and the realities and the capacity of our disability community.”

Harris later said that rewatching the video of the man’s question was “upsetting.”

“I didn’t hear the words the man used in that moment, but if I had I would’ve stopped and corrected him,” she wrote on Twitter. “I’m sorry. That word and others like it aren’t acceptable ever.” Source.

“Improvisation is almost like the retarded cousin in the comedy world … It doesn’t translate always on TV.” Amy Poehler

If any of this sounds familiar …

WIRED – IN A TWEET after the debate Monday night, Ann Coulter referred to President Obama as a “retard.”

“I highly approve of Romney’s decision to be kind and gentle to the retard.” — Ann Coulter (@AnnCoulter) October 23, 2012

I hesitated to write about the incident, because I suspect Coulter makes offensive statements like that in order to drum up media attention, and I certainly don’t want to encourage her.

But the fact is that Coulter is not the only person out there still using that word – sometimes, as in this instance, with an intent to insult, and other times out of a kind of stubborn thoughtlessness.

“I got attention by being funny at school, pretending to be retarded, and jumping around with a deformed hand.” – Leonardo DiCaprio

“Oh, I don’t mean it like that,” people will say – even people who wouldn’t dream of using other slurs.

When my then-four-year-old son was diagnosed with mental retardation in 2008, I was struck by how strongly people reacted to those words. I wrote at the time:

“Mental retardation” is a label with an awful lot of social baggage, especially for people of my generation. Was there anything more insulting you could call someone in grade school, or be called, than “retard”? And twenty, thirty years later, that slur is causing just as much pain and controversy as it ever did.

Being something of a word person, I was fascinated by the reaction the words got when we told friends and family about the diagnosis. Honestly, I think I had to spend more time talking to people about the terminology than the condition it describes. Even the Wikipedia entry begins with a long discussion of the various terms that have been used and discarded over the years—discarded after common usage coopted a clinical term for use as an insult. First “cretin,” then “idiot” and “imbecile” (indicating differing degrees of cognitive disability), then “moron,” a word invented by doctors in the early 20th century, and when that became a slur like the others, “mentally retarded” came into use.

“Retarded” Does NOT Equal “Stupid”

Meriah Nichols – I was humming along my Facebook feed when I came upon what started off as a really funny post about texting messages with a tattoo artist.

It started off as funny, but then got old real fast when they slid down the slope of saying “are you retarded?” when the person was being completely dense and stupid, and I was left shaking my head with my face in my palm.

I wasn’t angry or anything, just blown away that someone is still equating “retarded” with “stupid”.

So I’m writing a short post about why you should quit saying it, and I’m going to list them because not only do I love lists, but it’s proven that listicles do better as blog posts, and as a blogger, I’d like to see this actually read.

First of all, if you are saying the word “retarded” the way you think you want to be using it – as a pejorative to someone’s intelligence, you are wrong.

“Retarded” as it used to relate to someone intelligence means “delayed.” It never meant stupid. It only meant delayed.

But that’s not even used any more.

No-one even uses it anymore, because we’ve gone beyond all that (except for some stragglers apparently).

Good grief, I wish I had a dollar bill for every time someone said something like, “she doesn’t have a learning disability; she’s not stupid!” or “wow! your child [with the developmental disability] is actually pretty smart..”

I can’t believe we are having this conversation, or that anyone still says or thinks that a correlation between learning disabilities, developmental disabilities and stupidity exist.