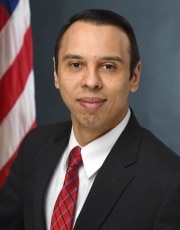 Roger Severino, the pro-life attorney who now runs the Office of Civil Rights, last week laid out new protections allowing health care workers with religious or moral objections to abortion and other procedures to opt out,

Now some media outlets are reporting shock and horror that he’s actually doing it.

Millions of Americans want no part of the government promoting abortion and so-called ‘transgender services.’ Trump appointees at the Department of Health and Human Services are taking action, according to the report below from POLITICO.

[Note: POLITICO’s story mixes reporting with opinion. Opinions expressed are not necessarily those of Headline Health, but may be of interest to our readers.]

OPINION | Religious activists on the rise inside Trump’s health department

Critics fret some agency leaders are blurring the lines between church and state.

(DAN DIAMOND, POLITICO) A small cadre of politically prominent evangelicals inside the Department of Health and Human Services have spent months quietly planning how to weaken federal protections for abortion and transgender care — a strategy that’s taking shape in a series of policy moves that took even their own staff by surprise.

Those officials include Roger Severino, an anti-abortion lawyer who now runs the Office of Civil Rights and last week laid out new protections allowing health care workers with religious or moral objections to abortion and other procedures to opt out.

Shannon Royce, the agency’s key liaison with religious and grass-roots organizations, has also emerged as a pivotal player.

“To have leaders like Roger, like Shannon, it’s so important,” said Deanna Wallace of Americans United for Life, an anti-abortion group that was frequently at odds with the Obama administration. “It’s extremely encouraging to have HHS on our side this time.”

Deanna Wallace of Americans United for Life says, “It’s extremely encouraging to have HHS on our side this time.”

But inside HHS, staff say that those leaders are steering their offices to support evangelicals at the expense of other voices, such as a recent decision to selectively post public comments that were overwhelmingly anti-abortion.

More than a dozen current and former HHS staffers, who requested anonymity to speak freely, spoke with POLITICO for this story. HHS declined to make top officials available for interviews.

The agency’s evangelical leaders have set in motion changes with short-term symbolism and long-term significance.

One of those moves — a vast outreach initiative to religious groups spearheaded by Royce, asking how to serve them better — came in October 2017 while the health department reeled from the resignation of former Secretary Tom Price and congressional Republicans struggled to repeal the Affordable Care Act. Read the full story at POLITICO.\

What They Never Tell You About Colonoscopies