State Rep. Douglas McLeod is shown in this arrest mugshot from the George County Sheriff’s Office

Speaker: Lawmaker should resign if he punched his wife

Mississippi Clarion-Ledger – House Speaker Philip Gunn on Tuesday said he wants a state representative to resign if allegations are true that he punched his wife in the face for not undressing quickly enough when he wanted to have sex.

McLeod was arrested Saturday at his home.

A Sheriff’s Department report says McLeod, 58, was visibly drunk when deputies arrived and had assaulted his wife.

“I have attempted to contact Rep. McLeod to request his resignation, if in fact, these allegations are true,” Gunn said … Read more.

State Rep. Douglas McLeod was arrested after he allegedly punched his wife when she failed to get undressed quickly enough for sex.

The 58-year-old Republican lawmaker was intoxicated and holding a glass of alcohol when deputies responded to the McLeod home.

Over the course of the investigation, deputies wrote that the lawmaker had punched his wife in the face, bloodying her nose. Deputies found blood on the couple’s bed and on the floor.

When deputies arrived, McLeod reportedly opened the door and they told him that they were there because a domestic assault had been reported. “Are you kidding me?” the lawmaker asked. Read more.

IN CASE YOU MISSED IT: Deacon Bill, 70, Died In The Most Embarrassing Way 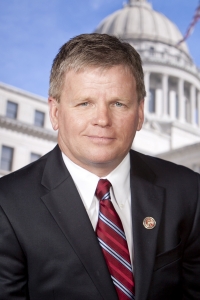 What It Means If Your Partner Cries After Sex