How well do you really know your doctors?

Poser entered the U.S. on a nonimmigrant visa

| Argo, Md. — A small, soft teddy bear sits on the mantel above the fireplace in Yvette Hansberry’s home. Its beady eyes survey the small family room; its face always smiles.

The bear is in a prime location because it contains the remains of the worst day of her life.

A week before that fateful day, Hansberry had been six months pregnant.

She had begun leaking a clear-looking fluid — enough for her to wear a pad when she went to work.

Her OB-GYN, Dr. Charles Akoda, examined her, but dismissed her concerns, she said, pronouncing her “fine,” just as he had when she experienced light bleeding three months into her term.

Still, Hansberry knew something was not right. “I had never been six months pregnant before, but I know you’re not supposed to be leaking any fluid,” she said.

“Her daughter could not be saved”

She returned to the clinic, and this time was seen by the other OB-GYN at the practice. Almost as soon as she was on the examination table, he told her she was in labor. She had been, by that point, for at least six days; the membranes from her amniotic sac were hanging down through her cervix and into her vaginal canal.

Hansberry was rushed to a hospital in an ambulance. Five hours later, her daughter arrived — three months early — and could not be saved.

Later, Hansberry would learn that her doctor’s name was not Dr. Charles Akoda.

For almost four years, he had performed exams on women, read sonograms, made birth plans, and delivered babies in Maryland’s Prince George’s County under a medical license not in his legal name.

He has said he attended medical school before completing his residency but has provided no verifiable evidence of his training.

In late 2016, “Akoda,” as he was widely known, pled guilty to a federal fraud charge. He served six months in prison.

For Hansberry and the other women under his care, though, the revelation of the fraud has served as a shattering breach of trust, one that has changed the way they approach their medical care and their everyday lives, and has made them question institutions they expected to do them no harm.

Many had struggled with their treatment under Akoda’s care — they said his bedside manner was brusque and that he was quick to dismiss their own concerns about their health. In that way, their experience was not unlike that of legions of women who say they have their suffering minimized by doctors or their health problems overlooked. Read more.

Marina Marraco, FOX 5 DC – At least ten women say their patient rights were violated by a man who purported to be a gynecologist at Prince George’s Hospital Center.

However, the hospital maintains they completed a diligent and thorough background check of this man who practiced at their facility.

A week ago, a class action complaint was filed in federal court by ten anonymous women coming forward claiming Akoda allegedly falsified the majority, if not all of his medical degrees, documentation and identity, as he practiced medicine as a gynecologist at hospital for a total of eight years from 2008 to 2016 – as both a resident and then as a doctor.

Now, one woman whose baby was delivered by this man has come forward.

“He has messed up my health afterward,” said Jazmine Tinsley, one of the alleged victims. “But throughout the entire time, I put my trust in him, and now to find out that he is actually a fake … Read more. 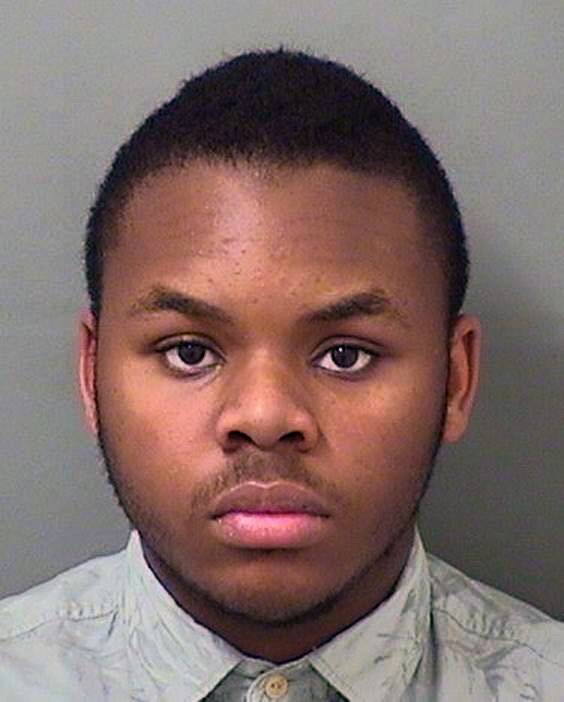 Malachi A. Love-Robinson was 18 when he was accused of practicing medicine without a license. He pleaded guilty to several charge, and was sentenced to three and a half years in prison. Credit: Palm Beach County Sheriff’s Office

New York Times – Jan. 5, 2018 – Malachi A. Love-Robinson was 18 when he was accused of practicing medicine without a license.

He pleaded guilty to several charges on Thursday, and was sentenced to three and a half years in prison.

Daniel Victor, Jan. 5, 2018 – He wore a white lab coat and a stethoscope, but as several would-be patients in South Florida learned in 2015 and 2016, Malachi A. Love-Robinson was no doctor.

Mr. Love-Robinson, who was 18 when he was accused of practicing medicine without a license, pleaded guilty to several charges and was sentenced to three and a half years in prison. The charges included grand theft from a person over 65 — prosecutors said he stole money and checks from an 86-year-old woman he was seeing as a patient.

Now 20, he has spent the last 16 months in a county jail, and will get credit for time already served.

Mr. Love-Robinson’s story gained wide attention in 2016 after officials said he performed a physical exam and offered medical advice to an undercover agent. He had several run-ins with law enforcement as he repeatedly tried to pass himself off as a doctor, the officials said. Read more.

Who is Oluwafemi Charles Igberase?

The guilty plea was announced by United States Attorney for the District of Maryland Rod J. Rosenstein in cooperation with other law enforcement agencies.

Entered the U.S. on a nonimmigrant visa

According to his plea agreement, Igberase entered the United States in October 1991 on a nonimmigrant visa. In November 1991, January 1995, and September 1998, Igberase obtained fraudulent social security numbers using other names and false identifying information.

Between 1992 and 1998, Igberase obtained three certifications from the Educational Commission for Foreign Medical Graduates (ECFMG) under different names, dates of birth and fraudulent social security numbers, in order to practice medicine and get into a residency program in the United States. The ECFMG Committee on Medical Education Credential subsequently revoked or suspended two certifications in December 1995, after learning that they were fraudulently obtained. In 1998, after receiving his third ECFMG certification in the name Charles John Nosa Akoda, Igberase was admitted to a residency program in New Jersey.

Igberase was dismissed from the program two years later after officials learned that the social security number he used did not belong to him.

In 2011, Igberase also used the third social security number to fraudulently apply for federal education loans for his children. That same year, using a fourth fraudulent social security number that belonged to another individual, and other fraudulent documents in the name Charles John Nosa Akoda, Igbergase obtained a medical license in Maryland, after completing a U.S. residency program. He went on to practice obstetrics and gynecology and obtained medical privileges at a hospital in Prince George’s County.

In 2012, Igberase, using the Akoda identity, submitted a Medicare Enrollment Application, which was denied based in part on their determination that Igberase did not provide an accurate social security number.

A search warrant executed at Igberase’s residence recovered a false social security card in the Akoda name, a false Nigerian passport for Akoda, a false U.S. visa in the Akoda name, and fraudulent or altered documents related to immigration, medical diplomas, medical transcripts, letters of recommendation and birth certificates.

Igberase and the government have agreed that if the Court accepts the plea agreement Igberase will be sentenced to six months in prison, followed by six months of home detention as part of three years of supervised release. U.S. District Judge Paul W. Grimm has scheduled sentencing for February 27, 2017 at 1:00 p.m. SOURCE.

New York Times, London | Nov. 19, 2018 — In a land where matters of public health care are never far from scrutiny and sometimes scandal, the British medical authorities acknowledged on Monday that they were checking the credentials of some 3,000 foreign physicians after one was convicted of fraud and accused of falsifying qualifications.

The case could add to concerns about the safety of patients in Britain’s once-vaunted National Health Service, even as tight budgets and the possible impact of Britain’s pending departure from the European Union have augmented a sense of unease.

For more than two decades, Zholia Alemi, 56, worked at health facilities in Britain using what she said was a qualification from her native New Zealand. The document enabled her to treat patients suffering from dementia and an array of other psychiatric complaints.

But in recent weeks, an investigation by a provincial newspaper uncovered a very different version of Ms. Alemi’s background. Read more.

WaPo: Liberals Have No Clue About Mega Costs Of Health Plan

These Signs Show It’s Flu, NOT Just A Cold