Varsity cheerleading captain, honor graduate, sorority sister, computer science major … Hope Johnson had it all going for her until she died from a presciption drug side effect.

“Patient well-being, not profits, should be the primary goal of healthcare.”

OPELIKA, Ala. (AP) — The family of an Alabama college student who died from complications of improperly prescribed birth control medication has been awarded $9 million in their wrongful death, medical malpractice suit.

The lawsuit argued that in 2014 Johnson was prescribed hormonal birth control despite tests showing she had a high risk of blood clots. It accused doctors of incorrectly documenting those test results.

The suit said Johnson went to urgent care a month later with various symptoms and was repeatedly misdiagnosed days before she died from a pulmonary embolism.

The family said in a statement through their attorneys that they hoped the suit would prevent similar situations from happening.

BIRMINGHAM, Ala. (October 14, 2019) – An Alabama jury has returned a $9 million verdict for the family of Hope Johnson in a wrongful death medical malpractice case that breaks records for Lee County.

In December of 2014, Hope Johnson visited Auburn Urgent Care after experiencing sharp chest pains, difficulty breathing, and cough. She had been there just two days earlier with similar, but milder complaints.

On that first visit, she was examined by the doctor, prescribed an antibiotic, and instructed to return if she got worse. When Hope returned to Auburn Urgent Care, her vital signs were at panic levels.

However, it was the first day of work for a new physician at Auburn Urgent Care, and he had been instructed by the medical director to see patients without any access to the current or past medical records of any patient.

Hope’s condition was critical, and an ambulance should have been called to take her to East Alabama Medical Center.

Instead, she was sent home with an inhaler. Hope died the next day of blood clots in the lungs.

“Hope’s death is tragic because it was entirely preventable. We don’t know the exact number of patients seen that day, but it was too many,” according to Turnbull. “Patient well-being, not profits, should be the primary goal of healthcare.”

“This verdict represents the power of a jury,” adds Watson. “They will effect change by their vote here, by their verdict.”

The verdict is the largest in a Lee County medical-malpractice case. The Johnson family released the following statement through their attorneys:

“We are very pleased with the jury decision in the wrongful death case of our precious daughter Hope. We continue to feel her absence every day and pray this decision brings about much-needed change. Our chief desire is that this case will set a precedent that will prevent this from happening to another family or college student, not just in Lee County, but in Alabama as a whole.”

Trussville Tribune — Hope Elise Johnson was received into the loving arms of her Lord and Savior Jesus Christ on December 4, 2014 in Auburn, AL at the age of 20. 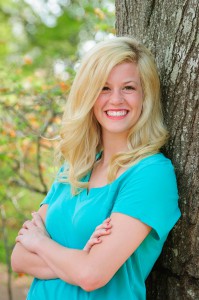 Hope was born on April 29, 1994 and graduated from Hewitt-Trussville High School in 2012. She was the varsity cheerleading captain, a favorite of her teachers, and an honor graduate.

She was a member of First Baptist Church Trussville.

Hope is remembered by all who knew her for her contagious laugh and radiant smile.

Friends remember her as a joyful example of Christ’s love, letting His light shine through her with ever-present cheerfulness and compassion.

She loved animals, hiking, coffee shops, traveling, attending concerts, and spending time with her beloved friends. We are all lucky to have shared time on this earth with such a kind and beautiful spirit.

Doctor Jots Down 3 Words, Woman’s Life Will Never Be The Same

“Not All People With Vaginas Are Women”